These walls and barricades were commissioned by Steve from Spectre Miniatures as a first piece of our growing line of scenery, and considering the modern setting of their miniatures lines, it was a logical choice. 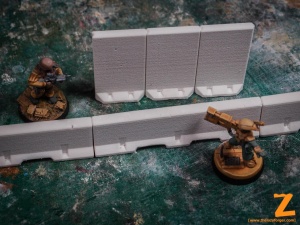 Compared to the walls and barricades i sculpted some years back, i wanted to added something of a higher level, and i decided to show some exposed wire armatures due to battle damages. The only way to do that was to embed the armatures in the original cast, and then scratch the material off to reveal them again.

The first experiment were not convincing enough. 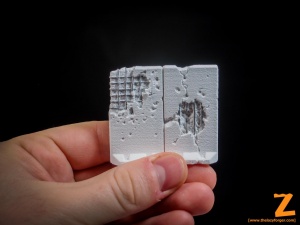 While refining the technique I realized that I had to insert a piece of ceramic plaster together with the mesh, and at the end the walls resulted much more convincing. 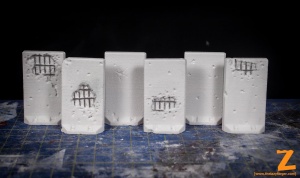 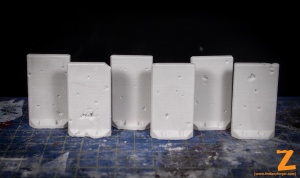 For the jersey walls things were easier, as I didn’t have to add rebars inside. 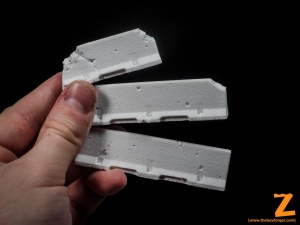 The first casts were done in plaster to test the quality, and have then been painted by myself for my personal use. 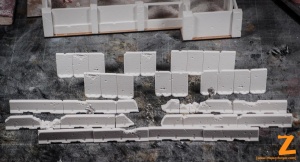 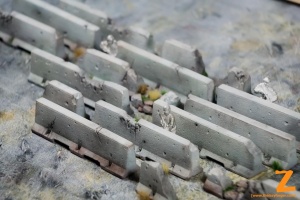 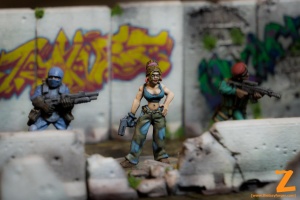