Charta is a game of exploration, where 2 to 4 players take the role of missionaries or trading companies venturing into uncharted land. The territories have their own inhabitants living in villages and larger cities, and they seem ripe to be assimilated into theplayers’ cultures. Players will have to expand the map as their explorers proceed into the new territories trying to take control of the larger and more precious portions of the lands.

At the same time, the opponents will try to cut off the communication between the controlled towns and take them over, and place tiles on the opponents’ areas to shatter their plans of expansion and force them to face each other. 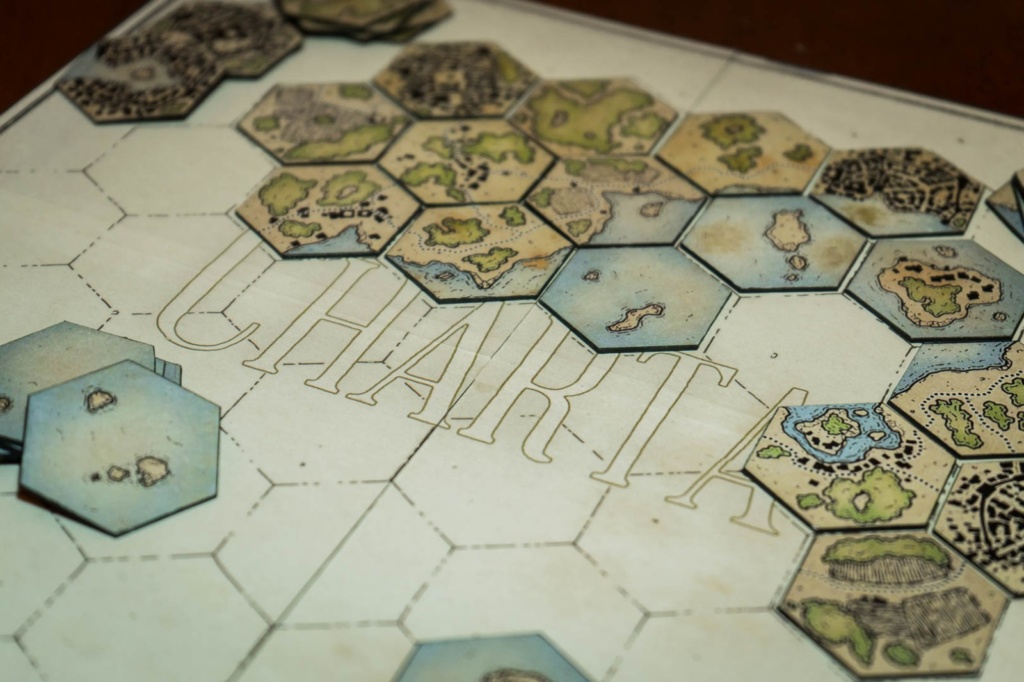 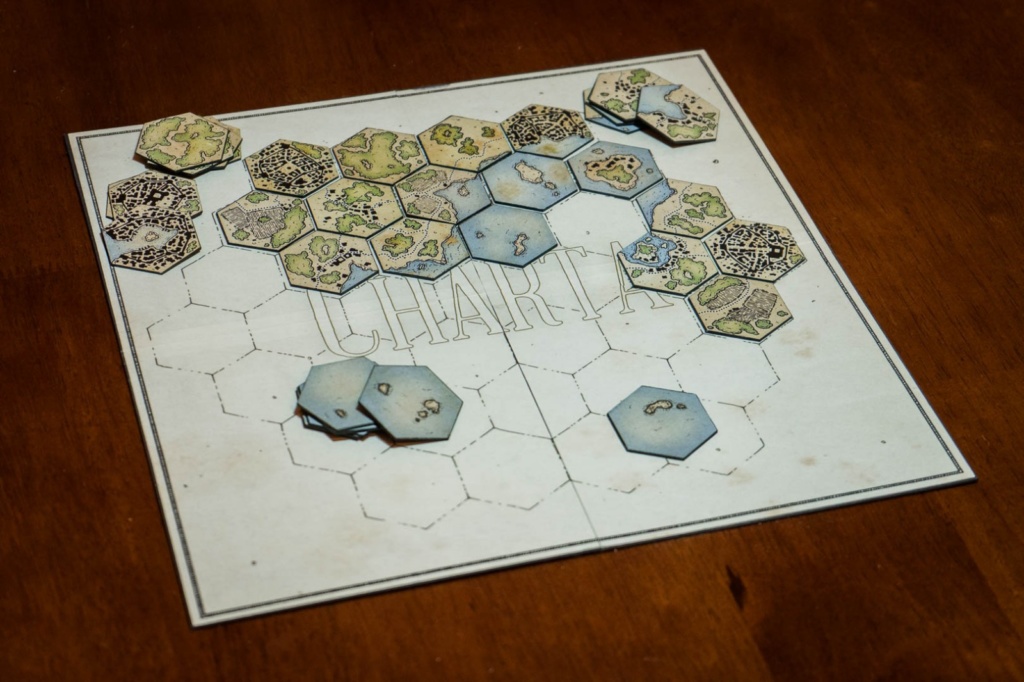 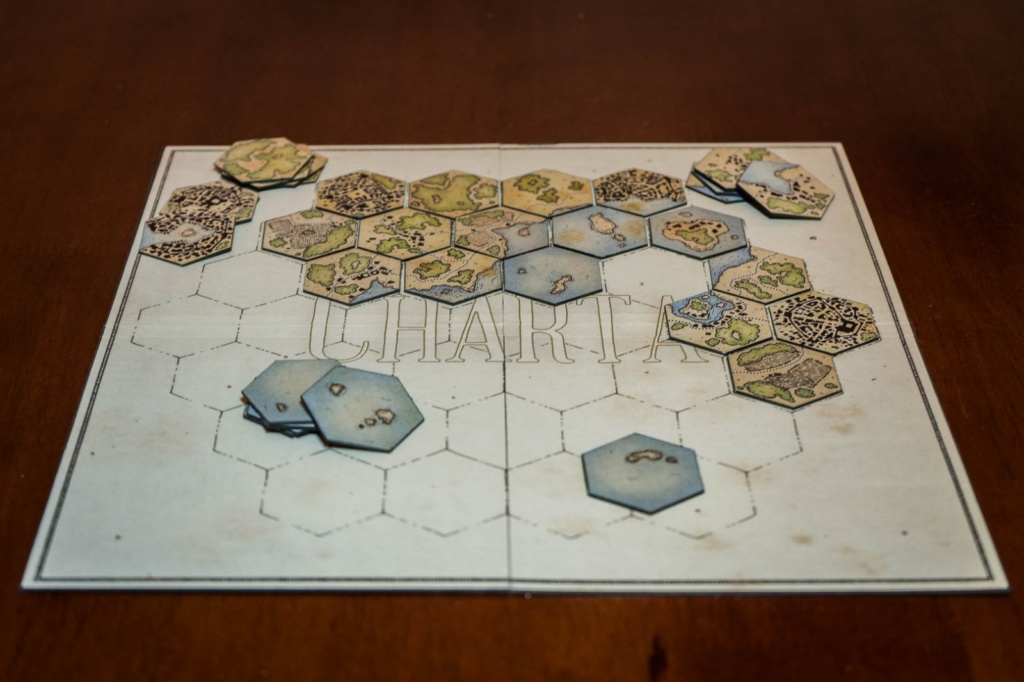 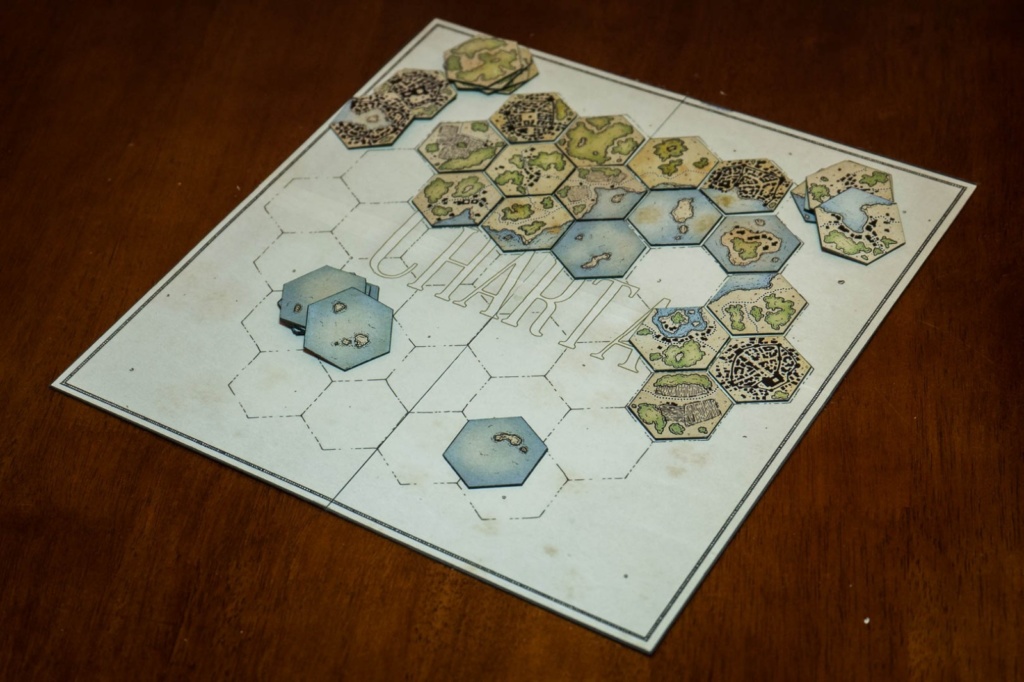 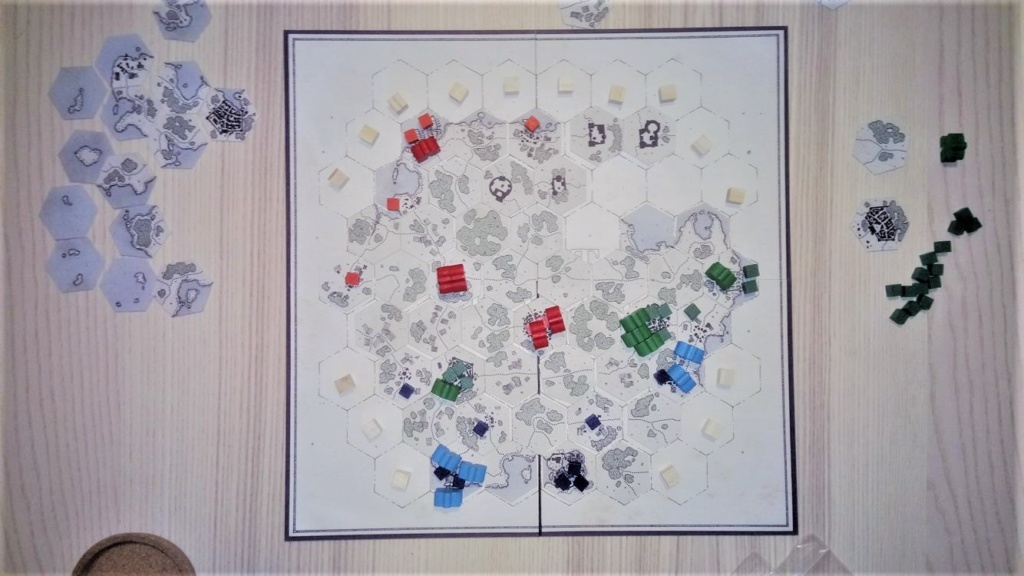