Round of Fire is a skirmish game that simulates the dynamics of battle through a unique activation system. The game rules are tailored around the Wheel, a solution to break from the concept of turns and to consider the battle as a continuous flow of actions. Players must make decisions at every point in the fight to effectively coordinate and maneuver their troops.

Buy your copy on Wargame Vault!

The Round of Fire system offers a solid base to handle the action in a small fight between a few dozen individuals, and the rules are not bound to a specific setting or scale. The distances are measured in Distance Units, that can vary depending on the miniatures scale used. Because of this, the very same game can be played on a 3′ x 3′ table with 28mm miniatures, on a 2′ x 2′  table with 15mm miniatures or even with larger or smaller scales. The “feel” of a particular setting is instead created with the use of specific figures profiles and weapons, which will encourage players to choose the right tactics for the fight. The Core Rules presents near-future profiles and some sample profiles for fantasy and renaissance soldiers, and more expansions will follow that will cover various other settings. 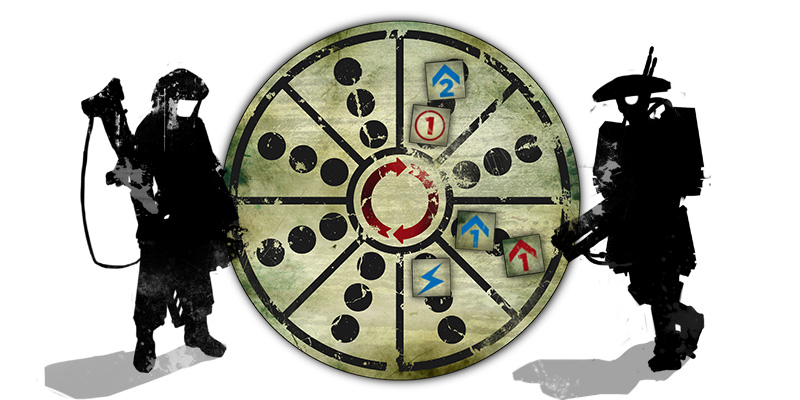 The Wheel is the center of the Round of Fire system. The time required for each action of the Units is tracked there, and the rest of the rules are built around that. Slower troops will activate less often, suppressed figures will delay their actions and coordinated movements become vital, as waiting itself is an important part of the battle.
The game is played exclusively using 6-sided dice (D6), and no counters or tokens are used to track statuses on the table. Instead, all is tracked on the Wheel side board, where tokens representing the units are positioned. 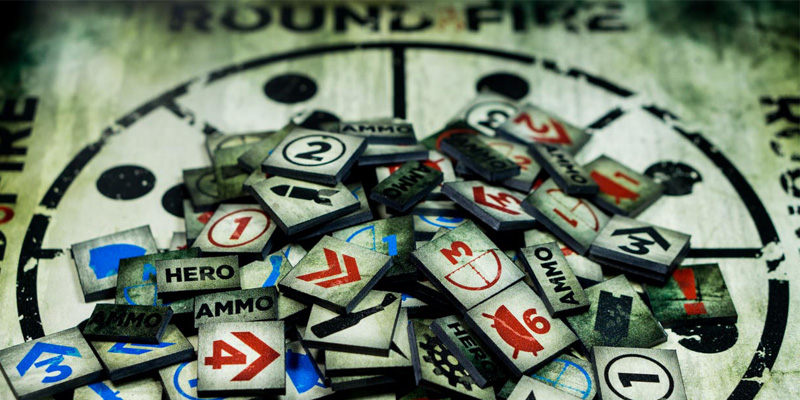 The boards and tokens are accessible as a free download from Wargame Vault.

The 94 pages of the Core Rules cover all the mechanics needed for firefights and close combat encounters.
The manual also offers profiles for near-future battles, covering five factions representing tropes that span countless settings from highly trained elite troops to desperate scavengers, fictional militias to insurgents, or even swarms of mindless robots, with fourteen customizable types of troops presented and over thirty weapon types. There are nine playable scenarios in the manual as well, both symmetric and asymmetric, to provide competitive setups and more story-driven encounters. Example profiles for medieval and renaissance units and weapons are also proposed. 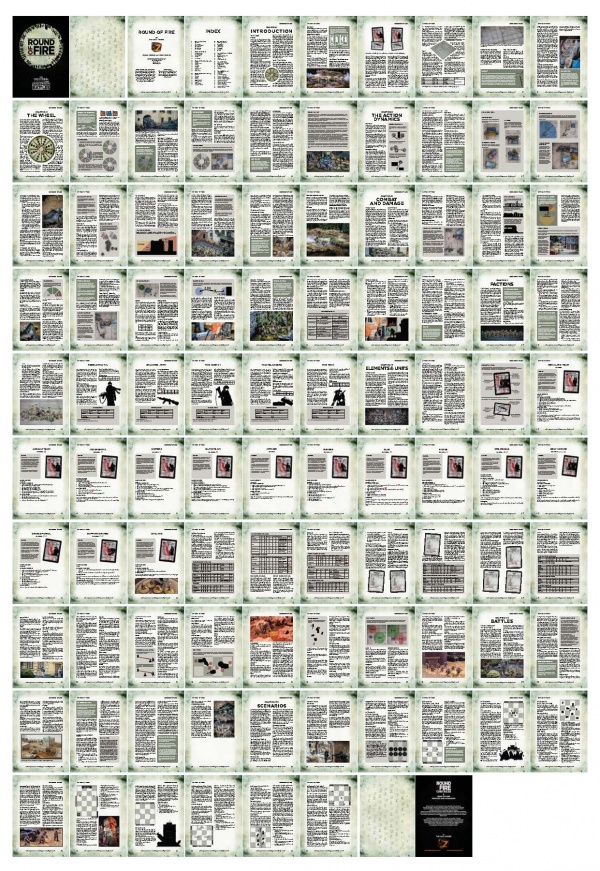 Cards are also provided to keep track of units and weapons statistics during the game. These are not strictly required for the game, but greatly simplify the gameplay by condensing all the required statistics. 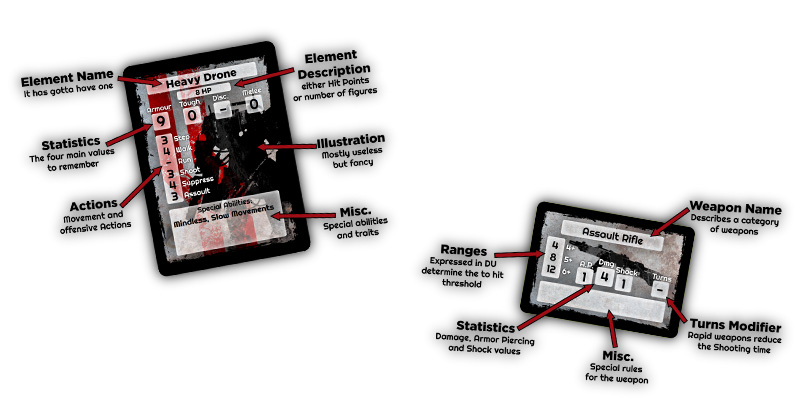 Find more on the Round of Fire group on Facebook!

that can vary depending on the miniatures scaled used “scale”

Editing is critical for ads and the game, can turn off customers that see a lack of caring on designers part.

Thank you Randy! You’re totally right, I’ve spent some serious time proofreading the manual itself, and still has a good number of typos.
As you well know, it’s extremely hard to spot your own wording mistakes.

That said, I hope customers will address that to my non-english mother language rather than lack of caring. 🙂

Is there a review or AAR anywhere? I cannot figure out from descriptions how the game plays or how granular the models are.

On the FB group there is a good number of AARs, for review we’ll have to wait a bit more, as the game got released one week ago!
https://www.facebook.com/groups/roundoffire/

I hope that helps!
Jack

Can this be played solo?

Cheers Christopher!
The rules have been played in solo by several testers, but they do not offer an actual “solo engine” at the moment. Players don’t need to keep any hidden information during the game, so you can easily play both sides!

I’d love to think at a future expansion for solo playing, but (for now) I only got two hands!

Hi there. I wanted to print the game (for personal use of course!) but the pdf (1) hasn’t all the fonts embedded – is there a way to get the pdf with all fonts embedded?

I’m not sure I had the same problem when I printed mine, is that proving to be an issue when submitting to the printer? IIRC i never had others asking for it so far.