The Zeno – A one-picture guide

Since many asked me for a tutorial for the painting process of my Tech army (https://www.myminifactory.com/users/TheLazyForger/collection/the-tech), I guess it’s time I make one. Luckly, I decided to “sacrifice” six of my Zeno battle rigs (https://www.myminifactory.com/object/166769) when I started painting my army to build a “reference” stick in order to maintain the colour scheme coherent among the various mechs and troops. It was not initially meant as a tutorial but a personal useful tool, yet here we are. 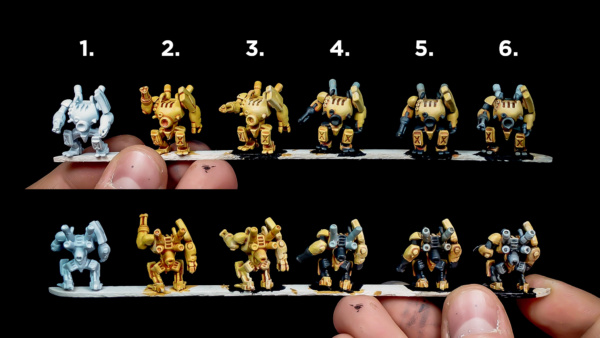 Here a brief recap of the steps:

Here it is, not much more to add. Of course, it’s not always as simple as it sounds: with larger pieces such as the Plato (https://www.myminifactory.com/object/166767) having believable shades on the large armour plates took several attempts and even some wet blending. However, the general idea of this process is very simple and, in general, effective! 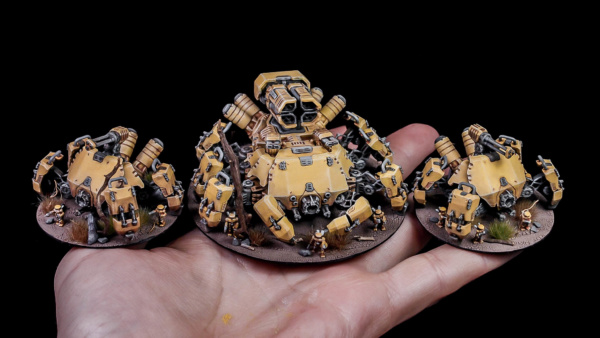 Do try it yourself. Change contrast paints (or avoid them alltogether), miniatures and colour schemes. Small-scale painting gives a lot of satisfaction!

Super impressive stuff. Love the overall effect and I wish I could paint as well, Thanks for this as I’m not the best at watching painting demos but this helps to show what others do in an easy way.

Happy to be useful! 🙂